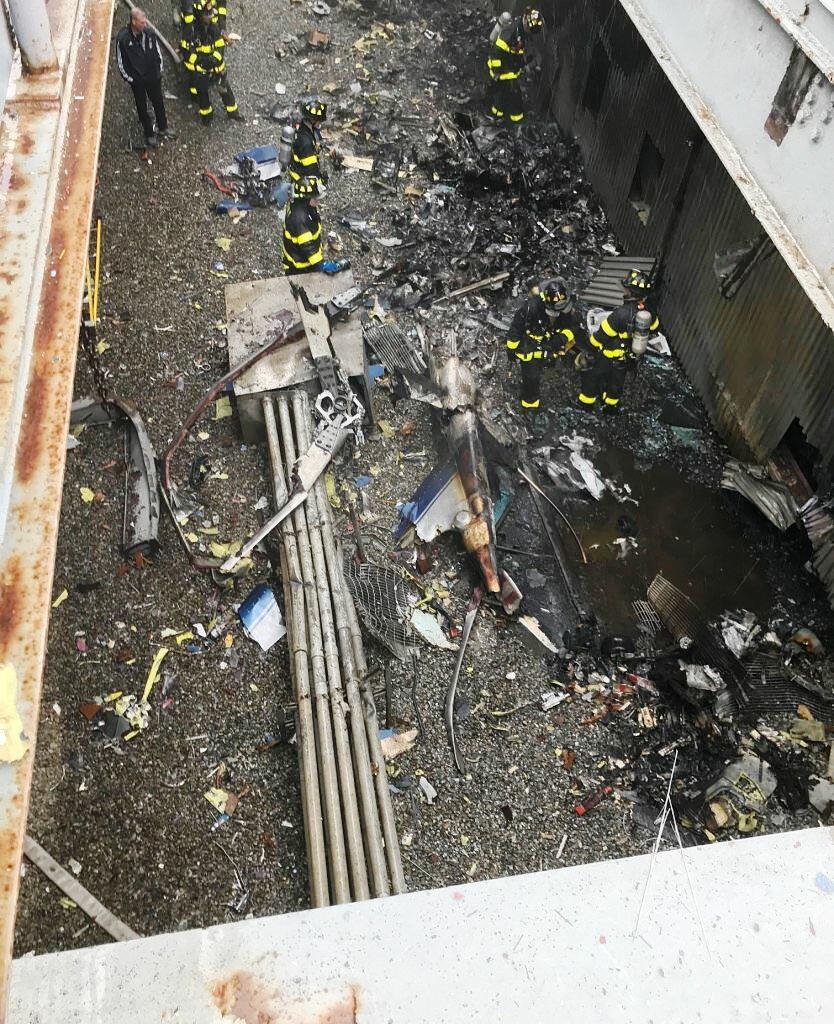 (New York, NY) -- The National Transportation Safety Board says a plan is underway to remove what's left of a helicopter that crashed atop a midtown building Monday afternoon.

That announcement comes as they enter day two of their investigation into the crash that killed the pilot. A senior FAA official says the helicopter pilot, Tim McCormack from Clinton Corners in Dutchess County, lost contact with the control tower at LaGuardia Airport right before the accident.

McCormack took off from the 34th Street Helipad around 1:30 p.m. on his way to Linden, New Jersey. He crashed landed his helicopter on the roof of a building at 7th Avenue and 51st Street about ten minutes later.